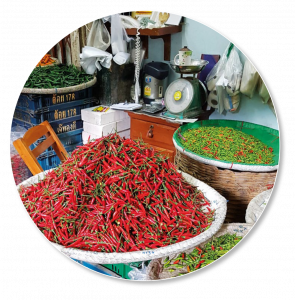 In 2016 the European Commission formulated a Space Strategy for Europe which prompted the European Space Agency (ESA) in 2017 to put out a tender requesting concepts to utilize space assets, i.e. data and services from navigation and earth observation satellites, to address food security issues in the context of the Sustainability Development Goal (SDG) 2: Zero Hunger. The company mundialis, founded in 2015 when the Copernicus Programme became operational with the first Sentinel-1 and Sentinel-2 satellites delivering free data at temporal and spatial resolutions never seen before, applied with a concept to identify locations from satellite data suitable for food production. The people behind mundialis combined decades worth of knowledge with regard to remote sensing data analysis and geodata management. ESA liked the proposal and awarded a contract for a period of 6 months to write a concept. 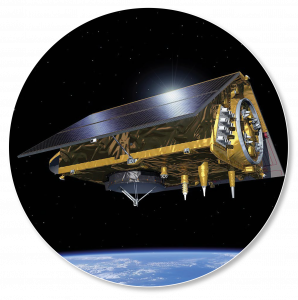 When thinking about food security issues and how these could be helped by data and services from space it very quickly became apparent that food security is embedded into the much larger picture of ecosystems which are influenced by their location on earth and depending on the atmosphere (air), hydrosphere (water), lithosphere (land), biosphere (living organisms) and anthroposphere (societies and their interactions with nature). When addressing hunger (or broader ecosystem restoration) the sheer number of interconnections between these spheres and the involvement of numerous stakeholders called for an integrated portal.

The initial concept struck a chord with ESA so that mundialis was asked to write a well received outline proposal refining the original idea, afterwards a full-proposal was compiled. Granted in July 2019 this proposal laid out the idea of a web-based platform consisting of four modules: 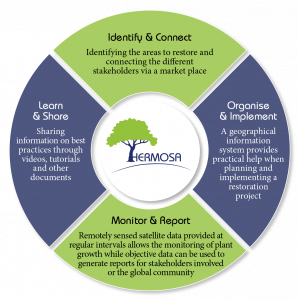 At the start of the UN Decade on Ecosystem Restoration the platform called Holistic Ecosystem Restoration Monitoring, repOrting, Sharing and mArketplace (HERMOSA, by chance also the Spanish word for ‘beautiful’) is now available for all stakeholders and ready to also support food security issues.