From February 19 – 26, two staff from terrestris went to Mongolia to train Mongolian partners from the IWRM MoMo project.

The MoMo project (www.iwrm-momo.de) is dealing with the integrated water resources management and is currently in its’third three-year phase. The focus of this last section is capacity development, where ownership of concepts, procedures and systems is transferred to the Mongolian partners so that they are able to independently carry on the work in the future.

From terrestris S. Forberig and M. Jansen participated in the trip to Mongolia. Two workshops were held:


During the five-day course “Introduction to core technologies behind the MoMo geoportal” (http://terrestris.github.io/momo3-ws/en/index.html) the following issues were presented to the 14 participants:


Participants were mainly from the Environmental Information Center (http://eic.mn/) in the Information and Research Institue of Meteorology, Hydrology and Environment (http://www.icc.mn), and the Geographical and Geological Institute of the National University of Mongolia (http://www.num.edu.mn/en/). The goal was to get to know the core components of the geoportal established in the 2nd phase of the MoMo project.

The two day workshop “Development of collaboration on River Basin Management Planning” was held on the premises of Kharaa / Eroo River Basin Authority in Darkhan. The first day was divided into four blocks of lectures where numerous Mongolian and German speakers shared their experience and know-how. The four thematic blocks were:


After each block of talks a hot debate ensued. In the evening over dinner relationships were cultivated in a relax atmosphere. On the second day, participants were divided into three working groups:


In these groups, tasks to be solved were discussed and the results were presented to all participants after the lunch break in a final joint meeting. The “Data Transfer” workshop was largely designed by terrestris. Steffi Forberig initially presented the state of development of the MoMo-geoportal. Mrs. Bayasgalan from the Institute of Meteorology, Hydrology and Environment presented the portal at www.eic.mn. On the basis of the latest developments by terrestris it was discussed how the existing geoportal can be further developed. On the list of result of this working group were, among others, the implementation of comprehensive search functions and the possibility of visualization of 3D information.

Dr. Jürgen Hofmann presented the Water Atlas, which was drawn up as a result of the previous phases of the project and which is going to be incorporated into the geoportal. Using aerial photos taken by a drone was of particular interest to the members of the working group.

Following the workshop, a visit to the monitoring station on the Kharaa River took place where.

The local workshops can be described as a complete success. They were an important further step to make findings, software and data from the MoMo project available and easiliy accessible to the Mongolian partners.

Below are some visual impressions of the trip. We look forward to the next one. 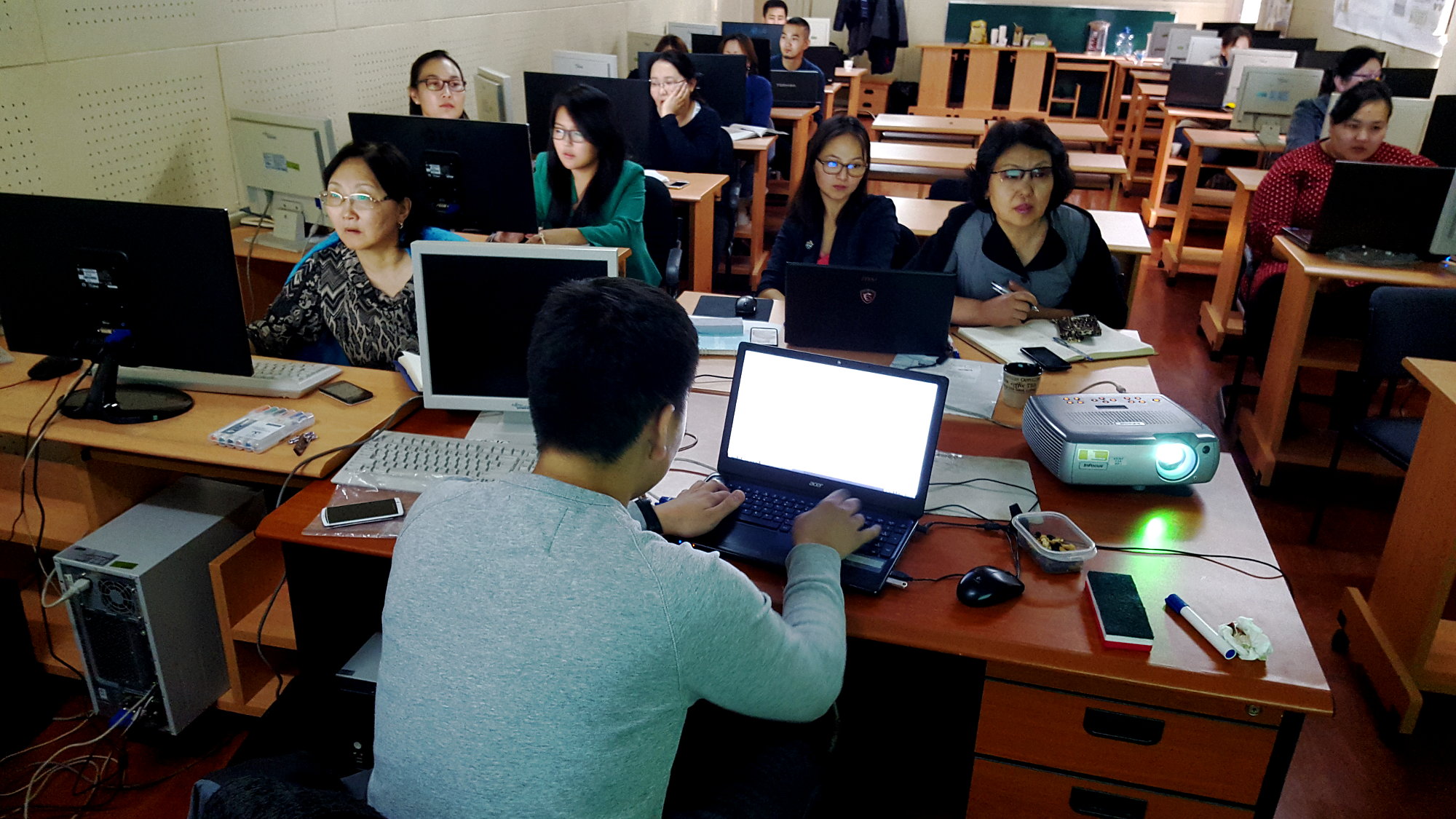 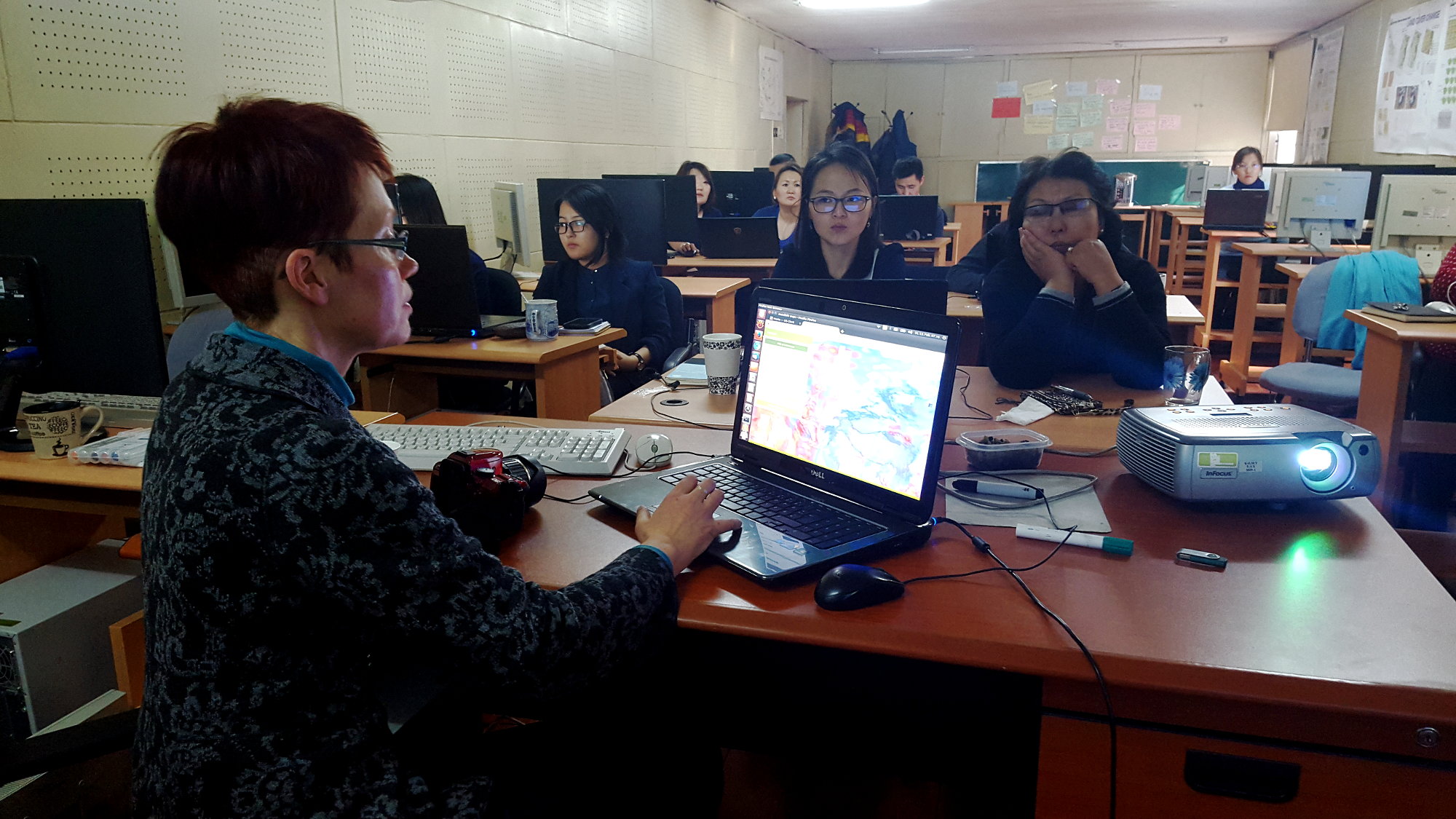 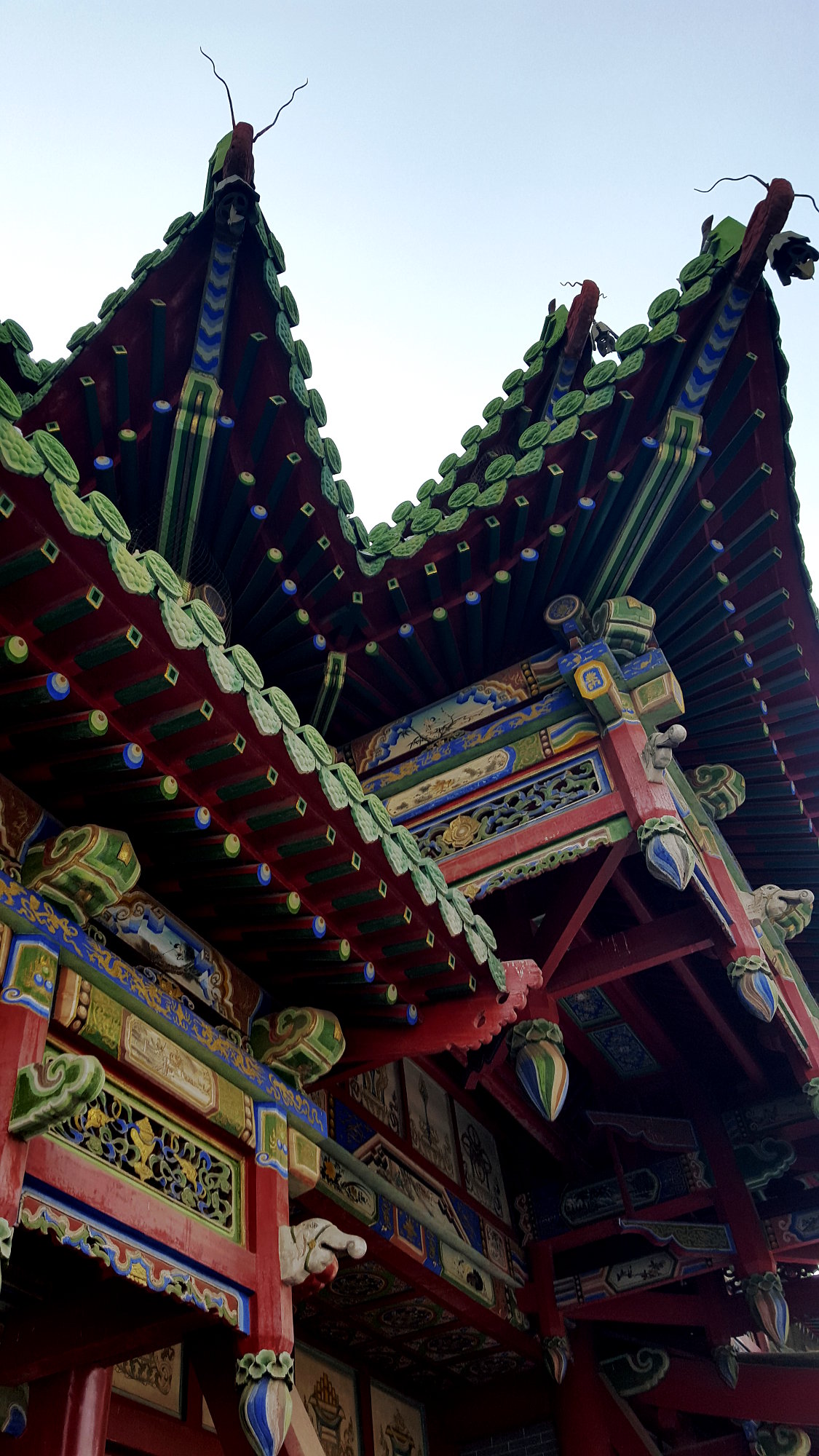 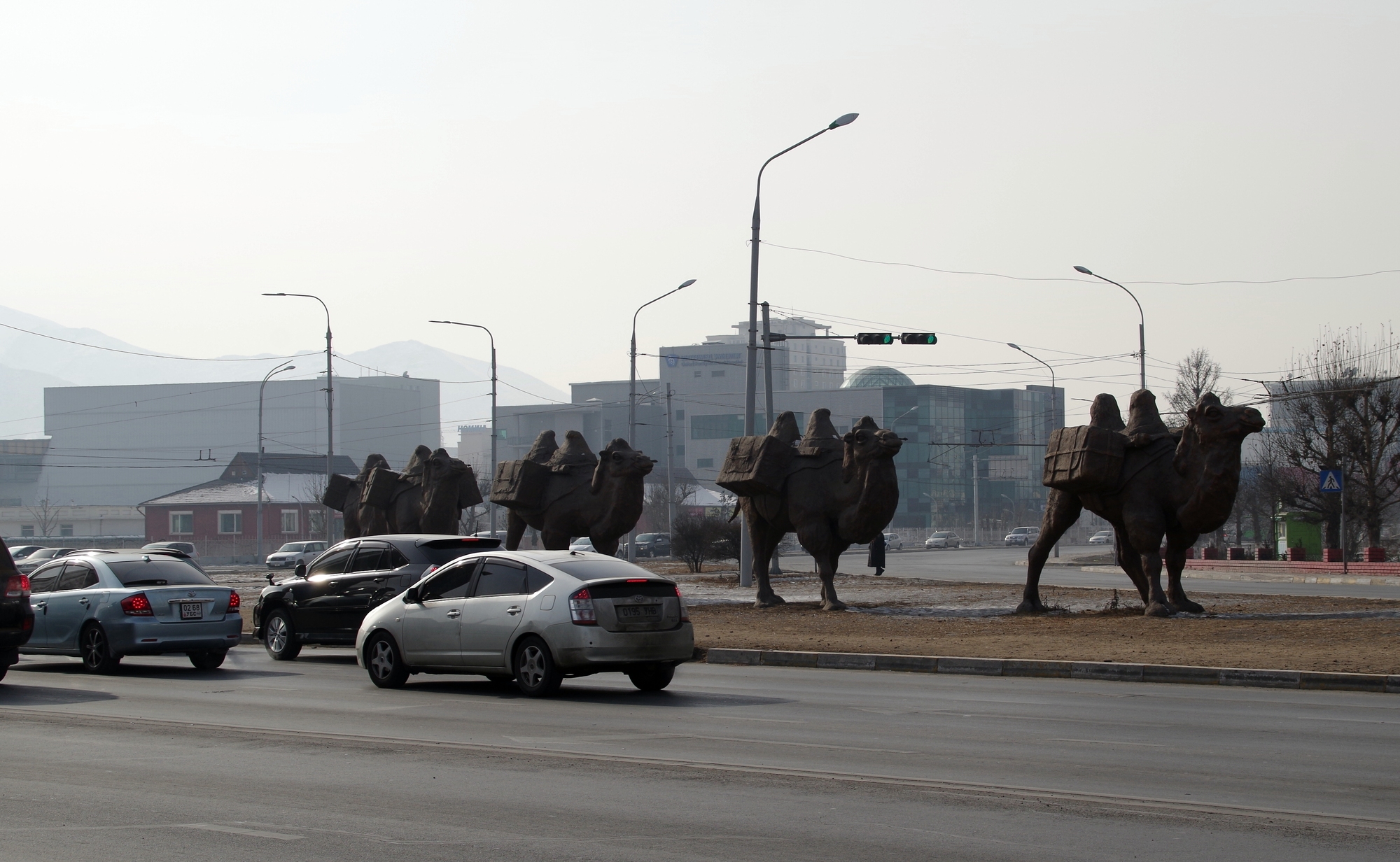 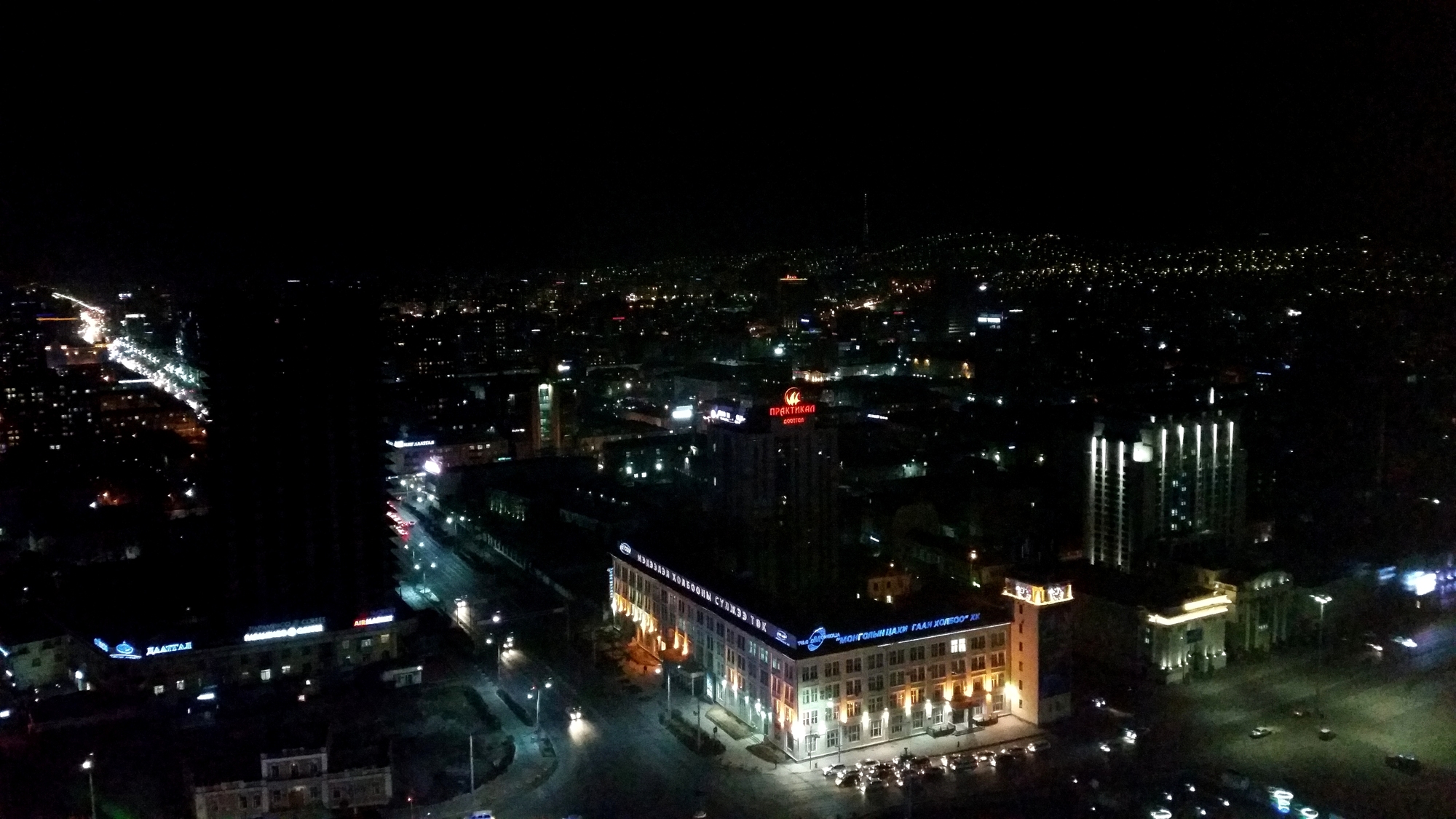 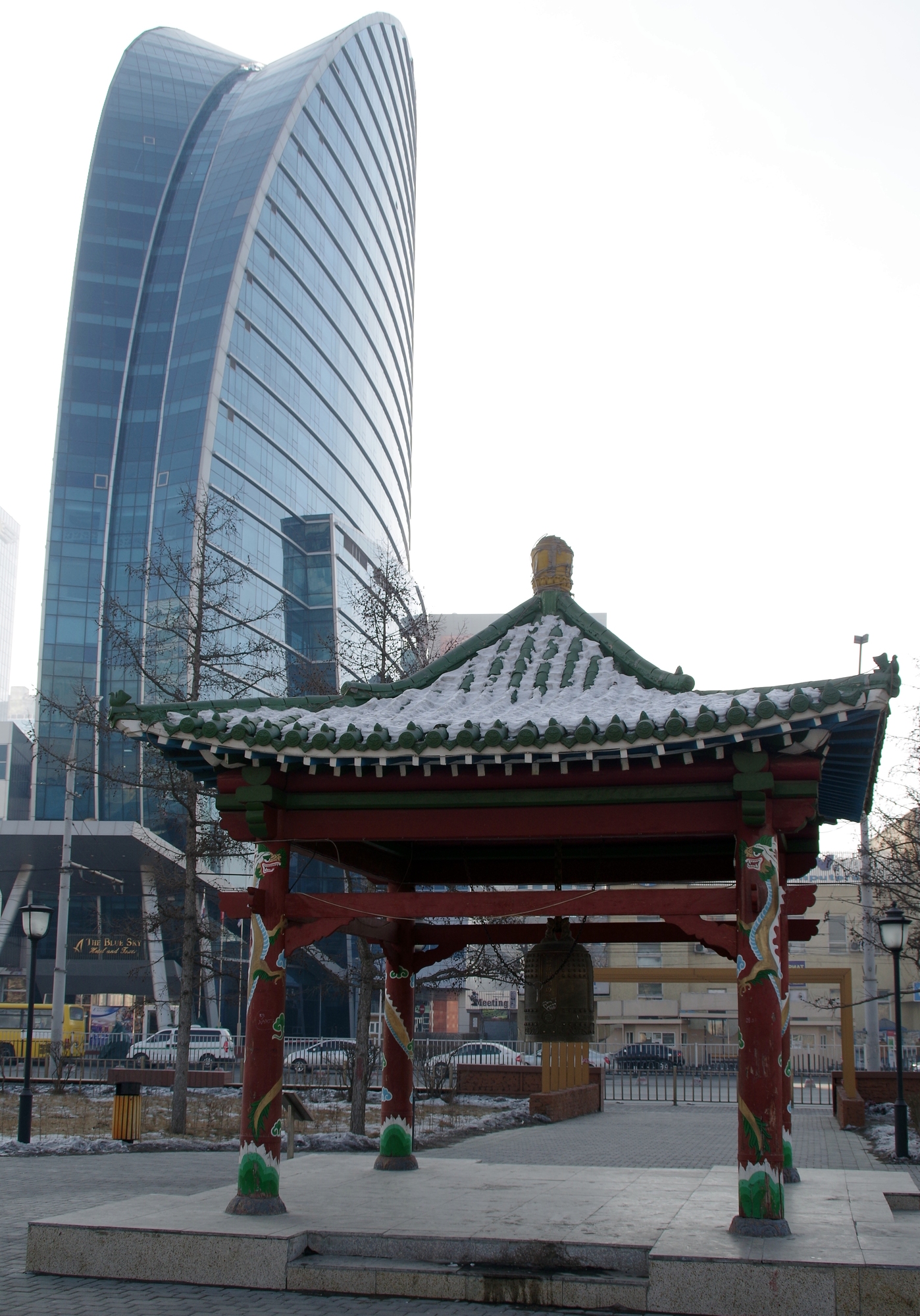 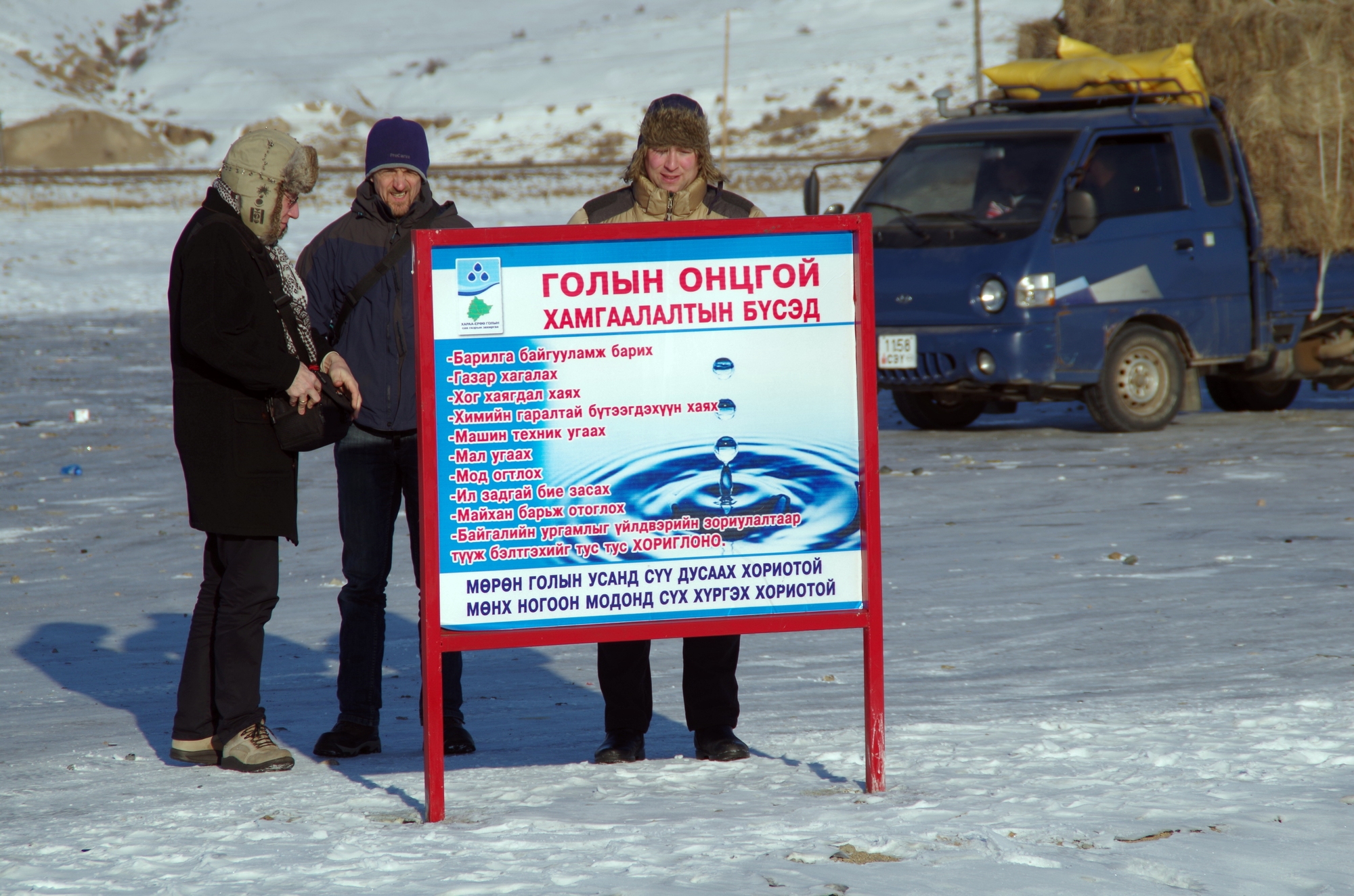