The number of contributors to the worldwide free WIKI world map OpenStreetMap is increasing daily. However, for many people, the initial hurdle for getting involved seems to be high or time consuming.

OpenStreetMap always benefits a lot from the fact that people know their local environment best and are willing to share their knowledge with the community in the form of OpenStreetMap contributions.

The app “StreetComplete“, which is available on several Android App Stores, offers a very simple possibility to get involved. StreetComplete asks the user questions about not completely captured objects around the current location (provided you have activated the GPS for the app). All you need is your own OpenStreetMap account. All questions answered are transferred to OpenStreetMap under the users name automatically by the app. 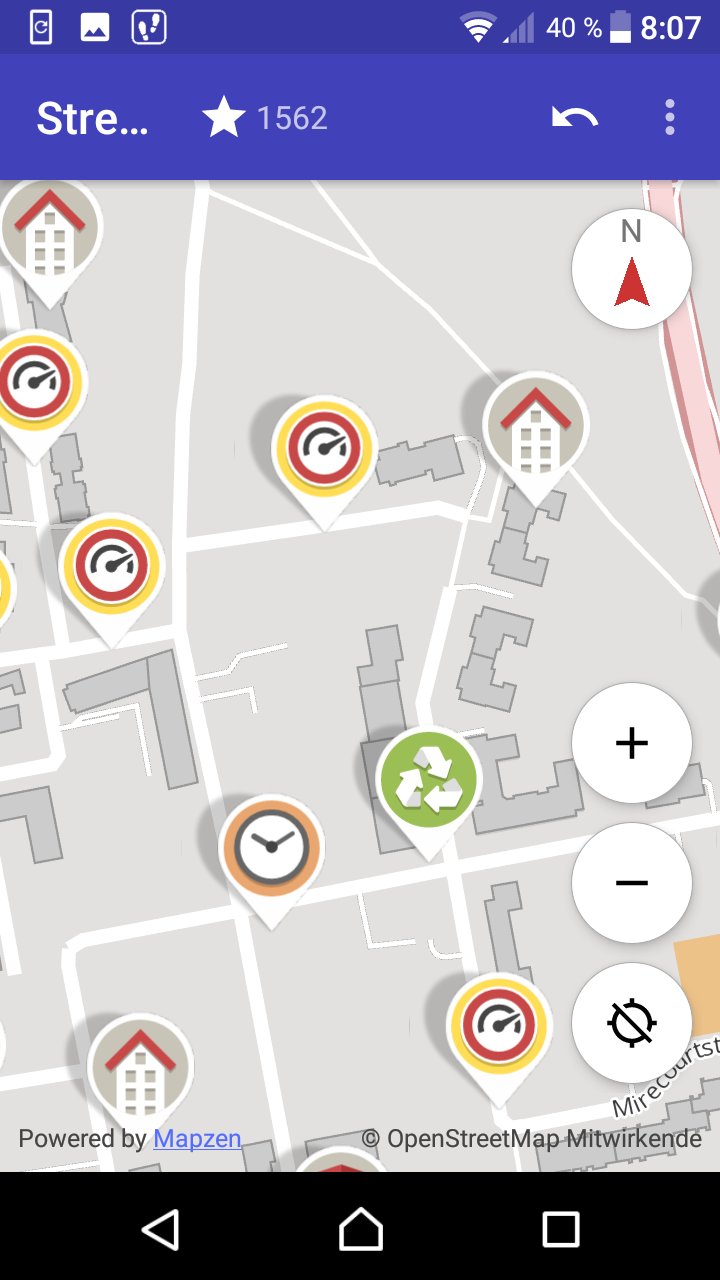 Once installed and logged in, it’s really fun to participate. Our terrestris founder, Till Adams, uses the app to your own fitness. Because the circles around his own place of residence, which he has to jog in order to reach different parts of the city where there is still something to do, are getting bigger and bigger.

The picture shows a screenshot of the app with a number of questions. A finger tap on one of the symbols opens the detailed question in the lower area of the screen. 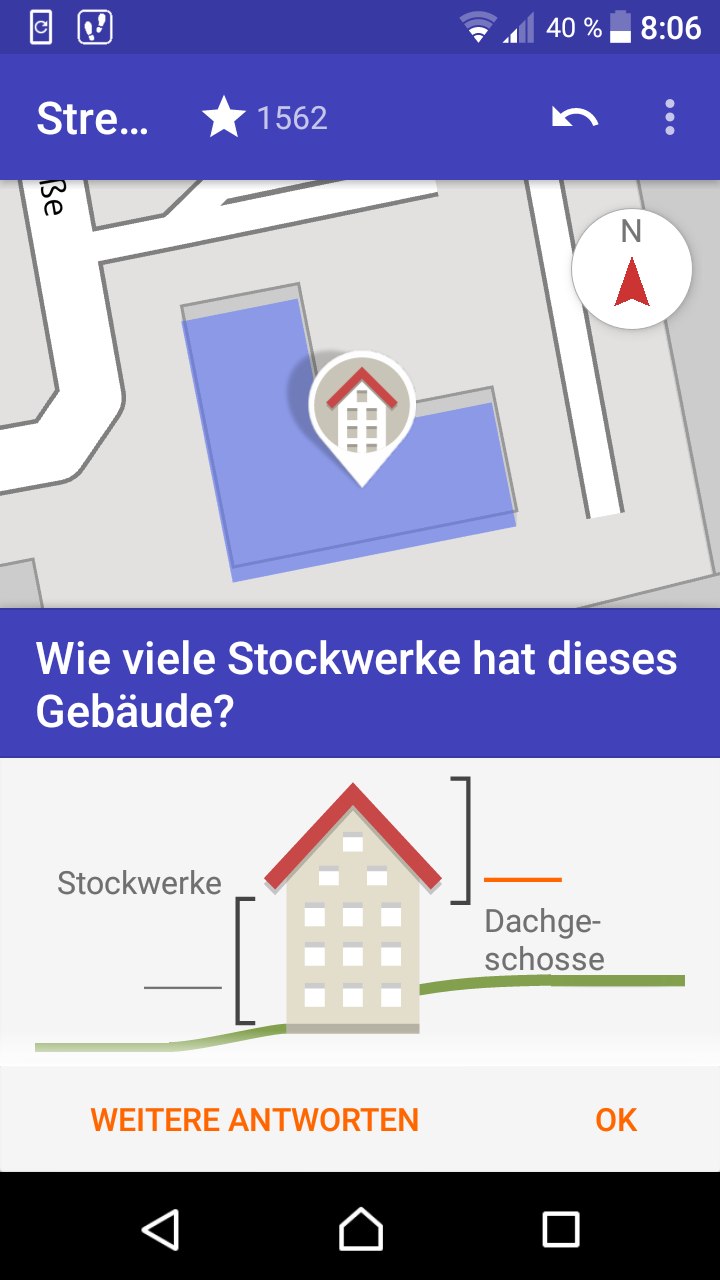 In the following we have put together a few examples for you:

The screenshot shows the map with the corresponding question and also the highlighted object in question. In most cases the GPS position helps to identify the correct building. In this case, you enter the number of floors on the left and the number of attic floors on the right. 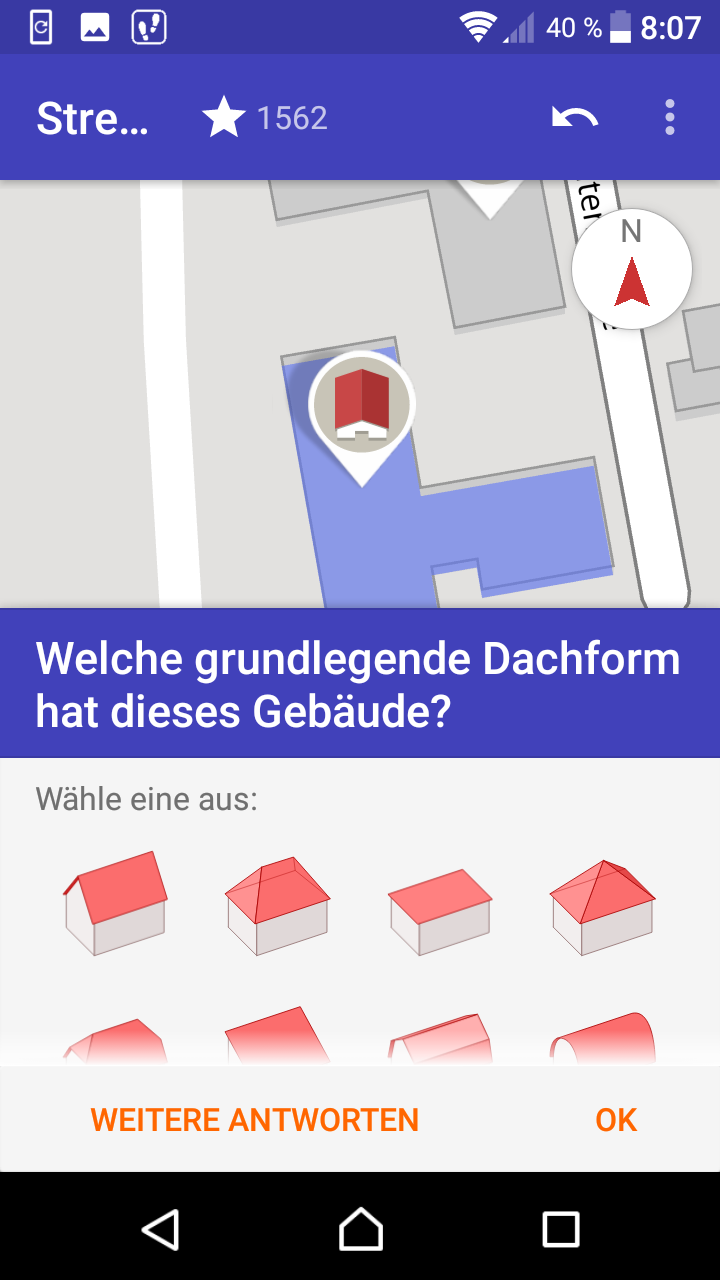 roof shape
Often, after entering the number of floors, the question of the roof shape appears on the same building. This is also used for the 3D representation of OpenStreetMap data. 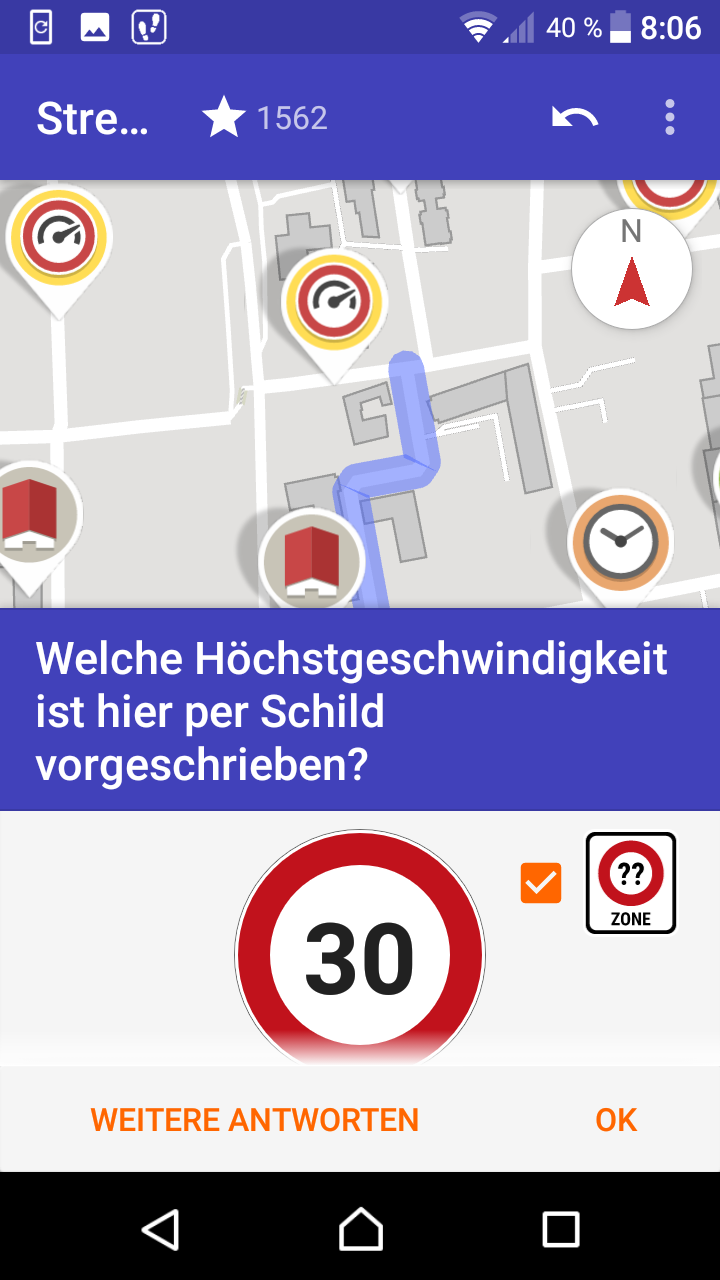 Speed
Speed limits are of interest for all routing applications, but are often missing in OpenStreetMap. §nte the allowed speed or click the checkbox, as shown in the illustration, which automatically fills out the “30 km/h” for 30-zones.

There are a number of other tasks such as the opening hours of shops or road surfaces. Sometimes one is pleased about real “exotics”, such as the question of whether a street is illuminated, whether cycle paths exist or according to the type of fruit cultivated on an area.

terrestris founder Till Adams likes to make these contributions while jogging. This distracts him from running, extends the running radius and thus not only contributes to the improvement of OpenStreetMap, but also to the improvement of his own condition. It could also be described as a classic win-win situation.

You can get in touch with the developers who work on the app very dynamically on Github. The community around the project appears to be quite active, this is also stressed through fast reactions to github pull requests. That no advertisement is faded in, today is  almost a rarity and very pleasant.

Certainly, the attentive user can think of one or two suggestions for improvement. In this case it is possible to contact the developers as lined out above. Also, in case of doubt, there is always the way to use one of the other popular OpenStreetMap editors.