Cartographic styling of geodata on the web has been a recurring topic in the world of geoinformatics for years. There are various standards – official standards, e.g. OGC Styled Layer Descriptor with OGC Filter Encoding and industry standards, e.g. Mapbox styles and project-related styling regulations, e.g. in QGIS or OpenLayers.

However, there is no interactive web-based software to enable users to do the cartographic design of their geodata in a simple way. There are isolated solutions for some of the standards mentioned above, but a comprehensive web interface to convert styling regulations into various formats, among other things, has been missing until now.

This universal web interface has been in development for several weeks. Under the project name “GeoStyler”, a web-based tool for the interactive creation of cartographic style guidelines for geodata is currently being developed. 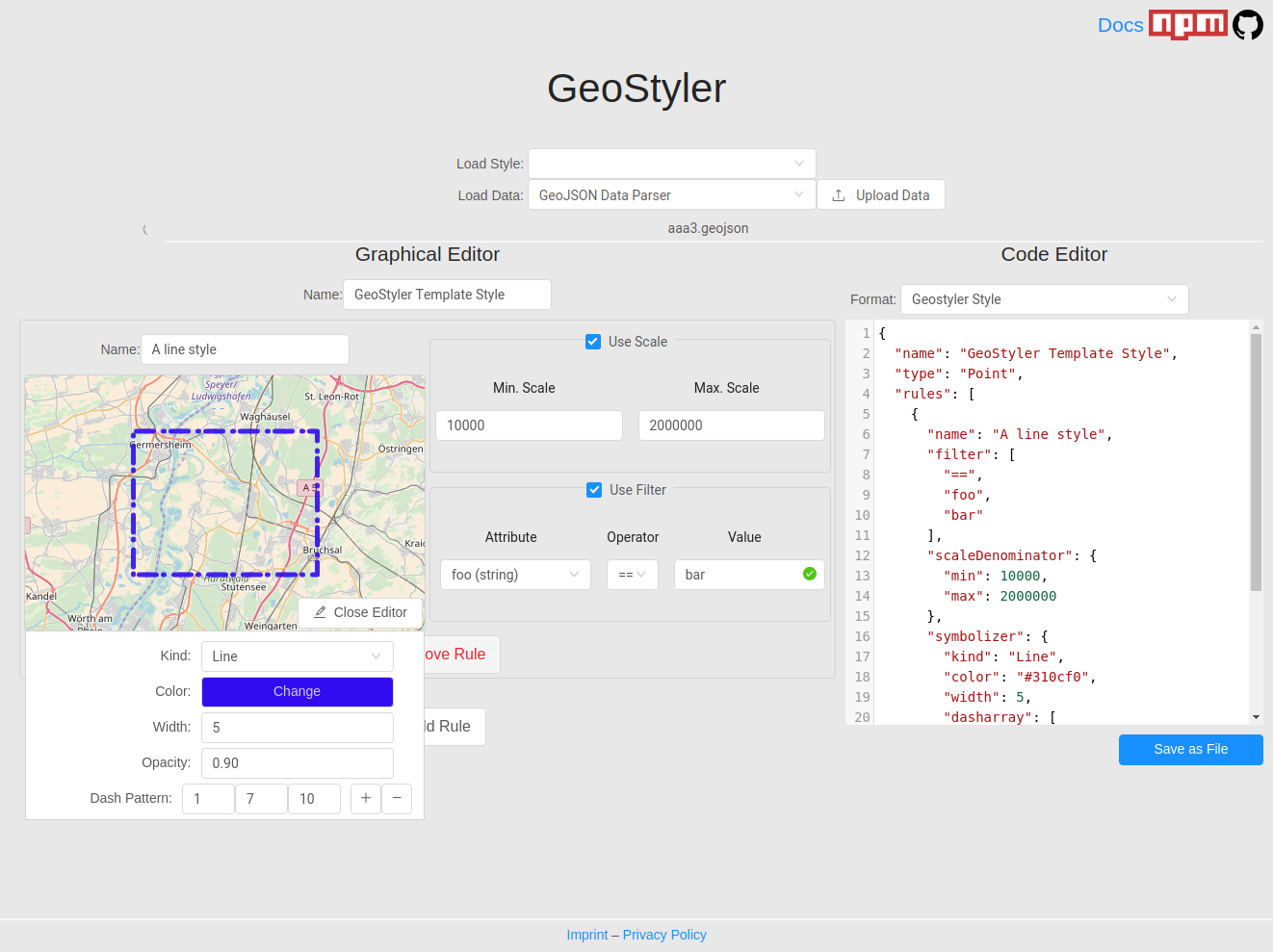 Currently the following formats can be used:

GeoStyler is realized as an open source project and the open architecture makes it very easy to integrate further formats (both for style regulations and for geodata) by implementing appropriate parsers in GeoStyler. 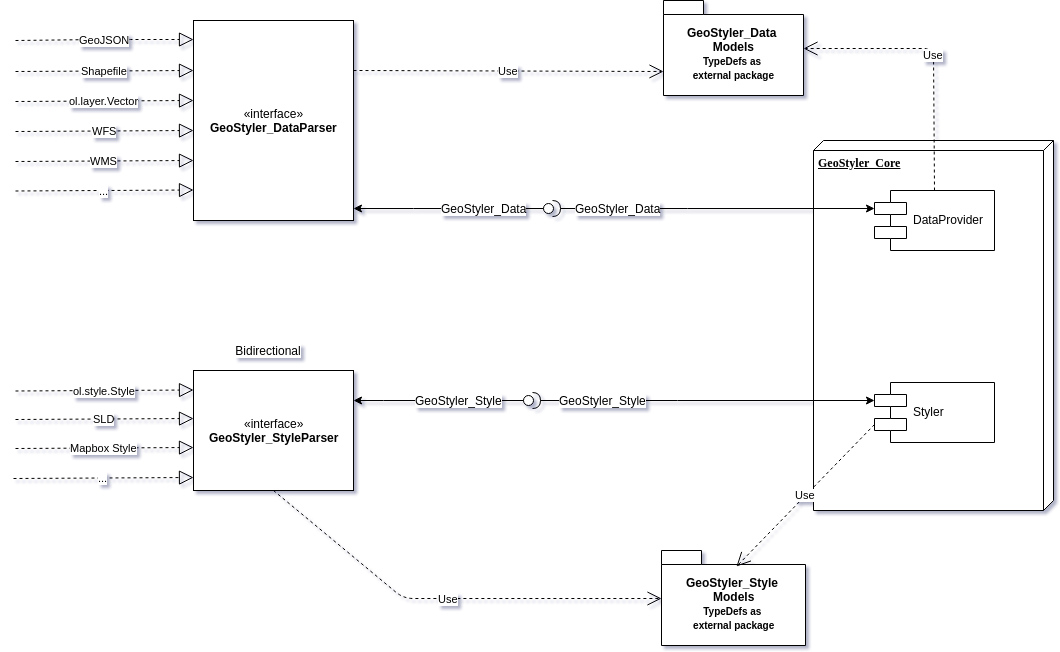 The GeoStyler project was initiated by terrestris and the initial architectural concept and implementation was implemented in cooperation with the geoinformatics office meggsimum.

The GeoStyler project will continue to be worked on in the future. Basically, the aim is to extend the Geostyler with functionalities already provided by SLD (such as several symbolisers in a rule, extended formatting of lines such as lineCap, lineJoin, lineDashOffset). In addition, internationalization (support of language packages) is to be made possible in the future (link to Pull Request: https://github.com/terrestris/geostyler/pull/294).

All interested parties are cordially invited to participate in the project. Any kind of contribution is welcome:
– Testing the application
– Bug reports and feature requests
– Enhancement of documentation
– Code contributions / implementations