KLIPS will use an information platform to localize heat islands and forecast and simulate them using AI algorithms. The research project is being funded by the German Federal Ministry of Transport and Digital Infrastructure as part of the Modernization Fund (“mFUND”) funding guidelines with a total of around 2.3 million euros.

Cities are facing many challenges. On the one hand, they are becoming increasingly dense due to the expansion of the transport infrastructure and the influx of new residents, which has continued for years. On the other hand, dense development is sealing off climatically important open and green spaces, making cities even more vulnerable to the effects of climate change. Large concrete, glass and asphalt surfaces store heat far more than parks and other green spaces. The result is heat islands, whose temperature difference compared to their surroundings can be as much as 10 Kelvin. Heat islands can lead to health problems for particularly vulnerable parts of the population and also cause high levels of damage and costs to infrastructure through burst asphalt surfaces and warped tracks.

The fact that heat islands can be combated through anticipatory measures is demonstrated by the recently launched research project KLIPS – AI-based information platform for the localization and simulation of heat islands for innovative urban and traffic planning, which is funded by the German Federal Ministry of Transport and Digital Infrastructure (BMVI). The aim of KLIPS is to develop a digital information platform for the localization, prediction and simulation of heat islands. The platform should make it possible not only to localize heat islands in real time, but also to predict them through the combined use of a local sensor network (“swarm sensor technology”) and artificial intelligence. The benefits are obvious: better informed and predictive planning could prevent or at least minimize heat islands. At the same time, it would be possible to estimate heat island mitigation measures in advance and, of all alternatives, select the one with the greatest effect and/or least restrictions on living, working, and traffic. 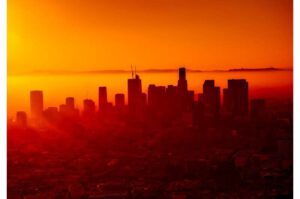 For KLIPS, a sensor network is being set up in the pilot cities of Leipzig and Langenfeld (Rhineland), which will continuously provide up-to-date temperature data. Both cities, like many other (large) cities, are affected by heat islands. The sensor data obtained is merged with other data (e.g. remote sensing data, cadastral data, and weather and climate data) and evaluated in real time. In this way, any heat islands in the urban area can be localized. At the same time, the collected data will be used to train AI algorithms to forecast and simulate heat islands.

The project will run for three years. The consortium leader is the Software AG. Research partners are ERGO Umweltinstitut GmbH, the German Aerospace Center, the Fraunhofer Heinrich Hertz Institute, the Institute for Information Systems at Hof University of Applied Sciences, the Leibniz Institute for Ecological and Regional Development, the City of Leipzig, Pikobytes GmbH, terrestris GmbH & Co. KG, meggsimum (Büro für Geoinformatik Christian Mayer) as well as the city of Langenfeld as an associated partner. KLIPS is funded by the German Federal Ministry of Transport and Digital Infrastructure (BMVI) as part of the mFUND, which deals with digital data-based applications related to Mobility 4.0.

In cooperation with its partner meggsimum, terrestris will prototype a central service-based geodata infrastructure and integrate it into the KLIPS platform. Central result data of the project will be mergeable by the KLIPS services. Specific demonstrators exemplify the potential for usability of the services and are a building block of the digital information platform to be created.

The city of Leipzig is available as a test site and provides important basic data as well as its experience in the field of urban climate for the project. It is responsible for procuring up to 300 temperature sensors and, together with other partners, installing them at pre-selected points in the city. “The city of Leipzig is facing particular urban climate challenges as a result of the climate crisis. KLIPS will help identify particularly affected neighborhoods in real time and respond to deficits more quickly than before. The knowledge gained will help to develop our city in a way that is fit for the future,” says the city.

The city of Langenfeld has been intensively engaged in climate protection for more than 10 years and in recent years also more and more in climate impact adaptation. A current project of the city of Langenfeld in this regard is the preparation of a small-scale urban climate analysis with an investigation grid of only 10 x 10 m, which the municipality in the Rhineland will contribute to the project. “For Langenfeld, the KLIPS project means a meaningful closing of ranks between the topics of climate impact adaptation and digitalization,” explains Mayor Frank Schneider, adding, “I’m looking forward to an exciting project collaboration.”
Funded by mFund / Federal Ministry of Transport and Digital Infrastructure 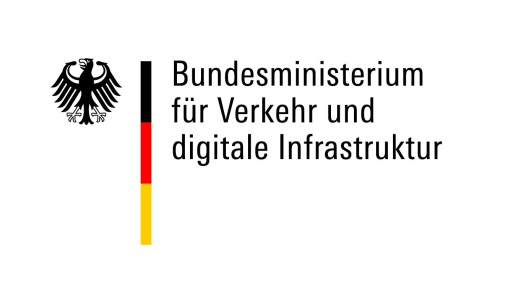 As part of the mFUND research initiative, the BMVI has been funding research and development projects related to digital data-based applications for Mobility 4.0 since 2016. In addition to financial funding, mFUND supports networking between stakeholders from politics, industry and research with various event formats as well as access to the mCLOUD data portal. For more information, visit www.mfund.de.

KLIPS is funded by the Federal Ministry of Transport and Digital Infrastructure (BMVI) as part of the mFUND, which focuses on digital data-based applications related to Mobility 4.0.